Welcome
Trump is a Korean Webtoon published by Lee Chae Eun.
"Hyacen is the nine-year-old boy who is the son of a criminal named Ran.  Three years prior to the series, his father left him in the care of one of his childhood friends when Hyacen was six, stating he would return in a couple of days but he never returns. It isn't until three years later, when Hyacen is nine and allowed to go to school. that Hyacen's somewhat peaceful life is changed forever."
Characters
Featured Article

Melly's Day or February 29 is a day to commemorate the birthday of the boy who fell in love with Melly. It is also on the February 29 that Hyacen met Melly and asked for her to grant one of his wishes. On the same day, Hyacen finally met his father after 3 years of separation. but their reunion was cut short because of the police coming to arrest his father. During that day, Hyacen was finally disowned by his father was officially adopted by Kashin. 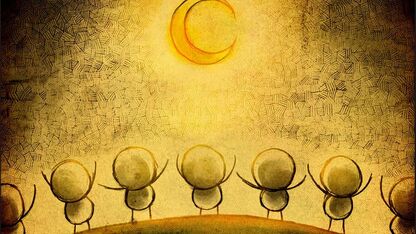 About this footer • Edit footer 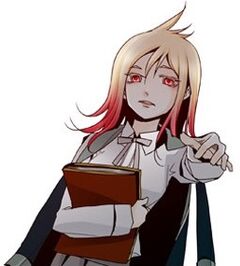 Ari used to go to another private school, wherein one of her friends was taking in drugs. Because she was afraid that the use of drugs would be spread among other people, she kept quiet about the incident of her friend being blinded. Because of this, the Black Raincoat, targets her and wants to kill her. Read more...

Poll
Retrieved from "https://trump-lee-chae-eun-manhwa.fandom.com/wiki/Trump_(lee_chae_eun)_manhwa_Wiki?oldid=4270"
Community content is available under CC-BY-SA unless otherwise noted.